Koala is one of the most adorable creatures! Who agree with me? If you like koalas, you will surely love this koala felt plush tutorial. It doesn’t need a special skill to make it. You just need to learn how to apply blanket stitches.

If you already understand the stitch I used for this project, let’s find out the other materials you need to make this felt plush. The koala felt pattern is given for free. Yay! So, all you need is to download the pattern and gather the materials as listed below

Download, print and cut the pattern. You may trace the pattern using a pen or pencil on the felts but I prefer using a pin and directly cut the felt following the pattern as shown below.

When all pieces are cut, glue the nose on one piece of the head.

I applied blanket stitch to sew the two pieces of felts.

Sew the ear first and glue the white felts on the ears.

Then, you can sew the head starting from the bottom. Along the way, you need to sew the ears as shown.

If you are done, stuff it with the toy stuffing and sew the rest.

Make holes for inserting the eyes with the tip of the scissor. Don’t forget to glue the eyes first. Then, you can add pink blush on the cheeks to make it cuter. 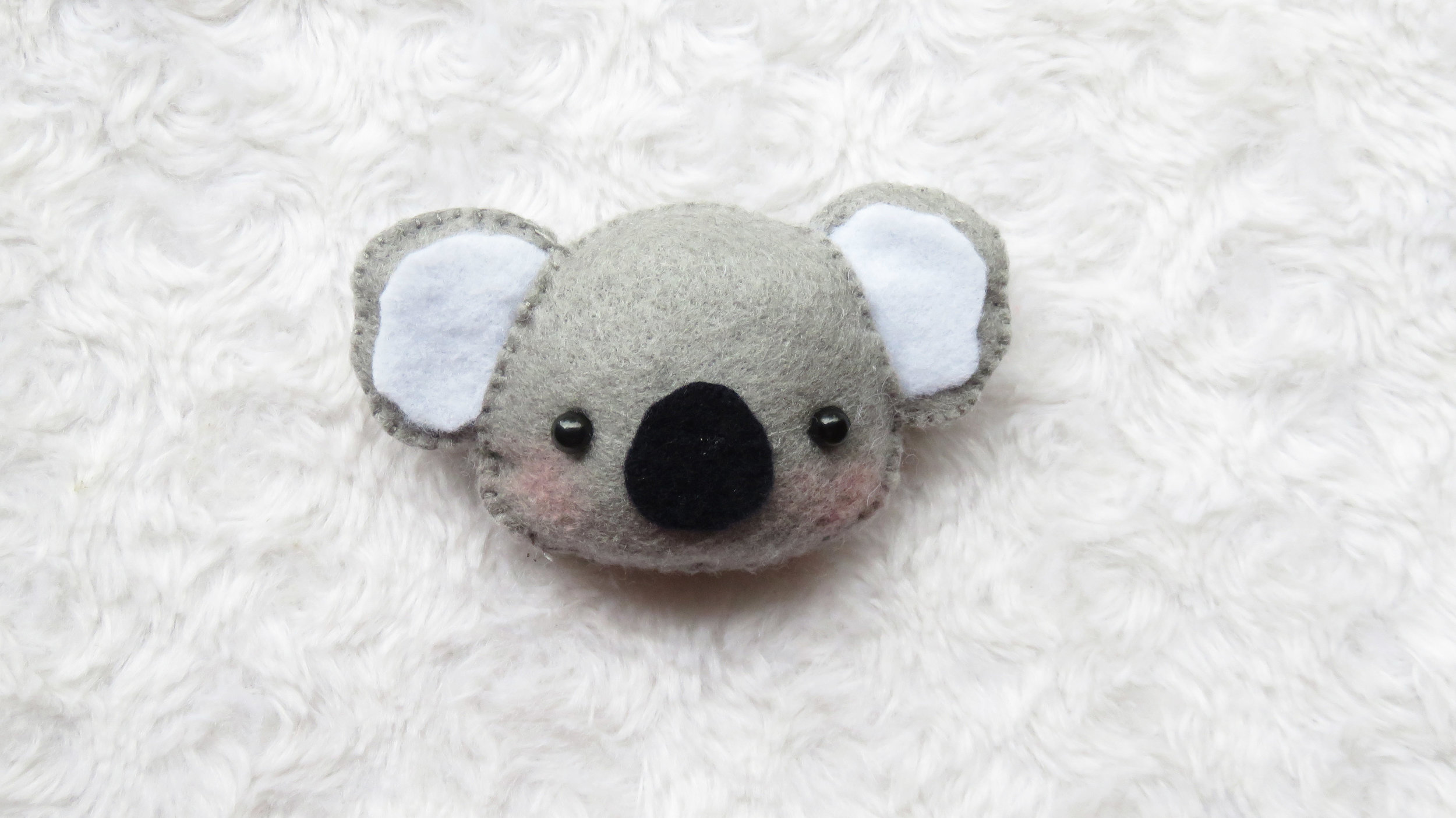